What’s become the traditional kickoff of the holiday season in Pittsburgh is set to return.

After pausing the event in 2020 due to the ongoing COVID-19 pandemic, the Pittsburgh Downtown Partnership promises a “refresh” on the holiday celebration.

Though details were slim in the Sept. 16 announcement, organizers did announce one big change: Light Up Night is moving to Saturday — Nov. 20. Traditionally, the event has been held on the Friday before Thanksgiving.

The Holiday Market at Market Square will celebrate its 10th year in the city and will kick off Nov. 19.

Also new to Light Up Night this year is a new title sponsor: Highmark.

If you know anything about Downtown Pittsburgh and the holidays, you know that the iconic Horne’s tree that dazzles all season long at the corner of Penn and Stanwix streets is now home to Highmark.

“Pittsburgh’s annual Light Up Night is a tradition for our community. Our sponsorship of the event complements the lighting of the region’s most iconic and historic Christmas tree affixed to our building at the corner of Penn and Stanwix Streets,” Highmark Health Executive Vice President and Chief Corporate Affairs Officer Dan Onorato said in a statement released by the Pittsburgh Downtown Partnership. “We‘re excited that the move to Saturday will now make this signature event even more family-focused and welcoming to all.”

Did you know? Pittsburgh’s first Light Up Night was not tied to the holiday season. The city’s first “light up” event was held April 9, 1959, in honor of the Pirates.

It eventually moved to the holiday season. But Light Up Night took a nine-year hiatus beginning in 1973 in an effort to conserve energy.

Light Up Night returned in 1982 to help lift morale as the steel industry collapsed. Just a few years later, though, Gimbels — one of the last remaining Downtown department stores — would close.

Before COVID-19, Light Up Night, in recent years, recorded crowds of at least half a million people. In the ’90s, as the Downtown retail district began to implode, the event would see 25,000 to 50,000 people.

But something happened since then: The Downtown Pittsburgh Partnership has grown the event — along with the help of many other groups — which has attracted plenty more people to the city.

Gone are the days when Kaufmann’s would celebrate its grand window displays. (I wonder if any consideration has been given to pay homage to this tradition?)

Even once Kaufmann’s became Macy’s, the building would have festive events on nearly every floor.

And who can forget the Arcade Bakery thumbprint cookies with the iconic Kaufmann’s mile-high icing?

Gone are the days when people used Light Up Night and the holiday season to shop Downtown. Now, people shop online or at Target (guilty as charged).

Light Up Night has changed with the times to let Pittsburghers continue to usher in the holidays.

While driving last night in suburban Pittsburgh, I happened upon a house that was absolutely lit … with Christmas lights!

As I passed, I saw a sign promoting drivers to tune to a radio frequency.

So I turned around, parked, flipped the radio to that channel … and here is the video for you to enjoy. 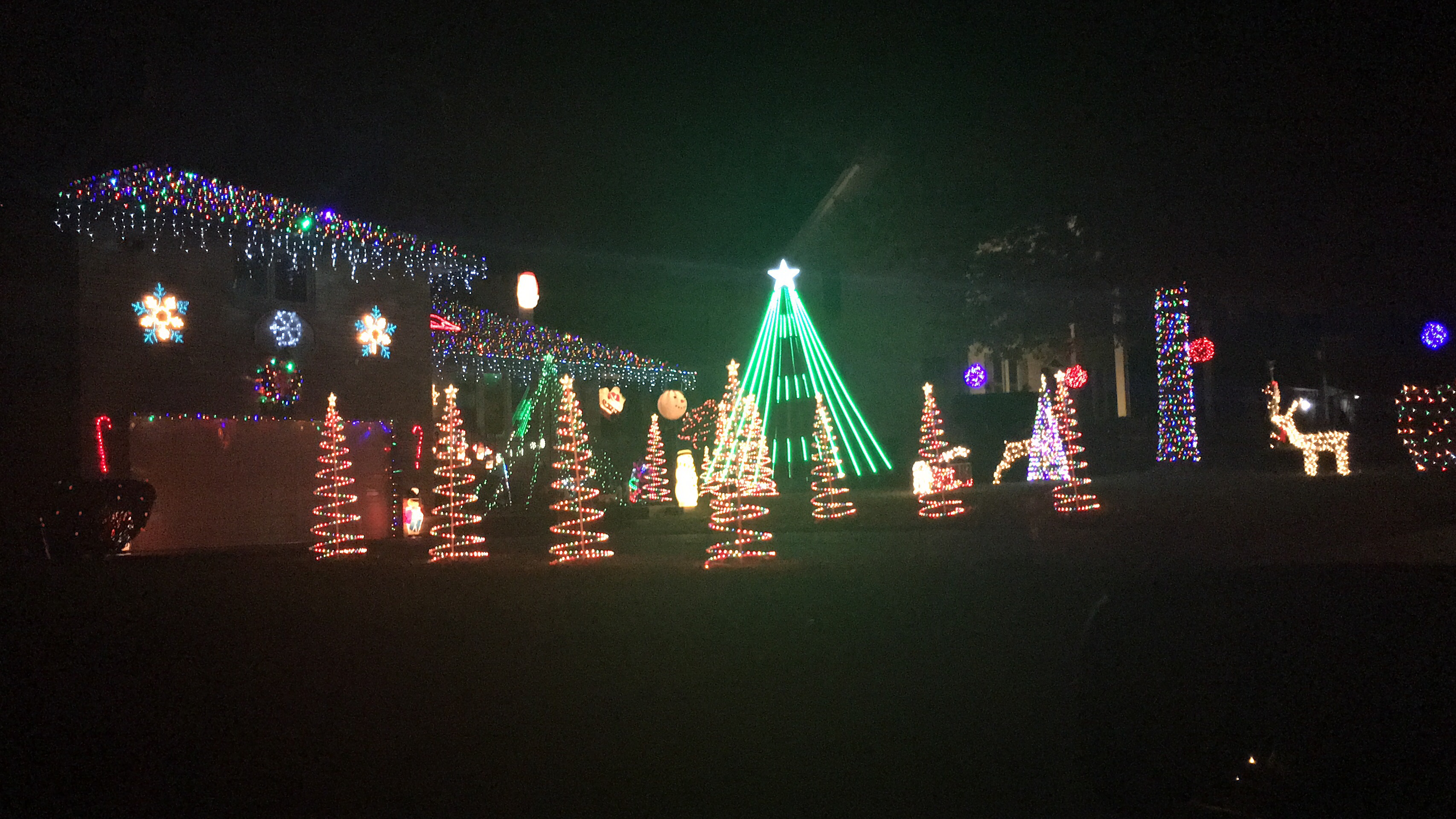 This post is part of my attempt to post daily between Black Friday and New Year’s Day. That means, if my math is correct, I will have offered 38 different topics about my favorite time of the year. Learn more about 38 Things for the Holidays. If my math is wrong, don’t tell Santa. Please?

This is the first post in this (hopeful) series. This will discuss Thanksgiving and Black Friday shopping.

I’ve never understood the need to rush to a store, wait in long lines and drop cash on something that probably isn’t worth the hassle anyway.

Sure, I’m guilty of traveling to three different Targets for a Nintendo 3DS XL a few years back and to three different Best Buys for a video game, but I didn’t wait in any lines or threaten the lives of other shoppers. I was the only one after these items.

So the Black Friday and, as of the last few years, Thanksgiving night shopping experiences have no “wow” factor for me.

That doesn’t mean I ignore the experience. I never got up early on Black Friday.

But — and many of you will complain — I do enjoy going to the stores on Thanksgiving after dinner.

While I did not go out this year, it’s an escape from family, which I think is why everybody really goes shopping that night!

But for me, it’s also a chance to just watch people go nuts for the latest TV or get lost in a bunch of so-called “doorbuster” deals.

While TV news sometimes plays up the hype of the shopping hysteria, there is plenty of research and stories to prove that many of the “deals” advertised on Thanksgiving and Black Friday are not deals at all.

For example, Macy’s had a lot of what looked like deep discounts to the naked eye. But a closer look revealed that the “sales” prices were no sales at all. In many cases, the department store never or rarely sells the item for the “regular price” listed.

So an item that claims to be $75 almost never is sold for that price due to ongoing marketing gimmicks to get people to shop.

But for somebody who rarely shops or doesn’t understand the game retailers play, they see a markdown from $75 and think it’s a deal when, in reality, you might be able to get the same item days later for much less.

I remember last year at Target on Thanksgiving, DVDs were $4 or $6 and $10 for complete seasons. But those $4 and $6 DVDs had no bells and whistles. (And who buys DVDs these days, anyway?)

I did buy an ornament at Macy’s last year on Thanksgiving. It was a Spode Christmas tree. I got it for a little more than $10 with tax. Macy’s claimed it was 65 percent off the original price. But we all know Macy’s never sells things for that “original” sticker price.

So was my purchase a good deal?

Retail experts say the better deals often can be found during December. But the marketing tactics used (the language of promotions, the buy-two-get-ones) can pull in the unsuspecting shopper to think they’re getting a deal.

And let’s talk Apple for a moment, shall we? Gift cards for future purchases as their Black Friday promotion? LOL.

There were some iPads on sale at (I think) Target, but they seemed to be less-than-stellar versions of the iPad, so they might be good for people not looking for much storage and who prefer WiFi.

Did you find a decent deal? Tell me! 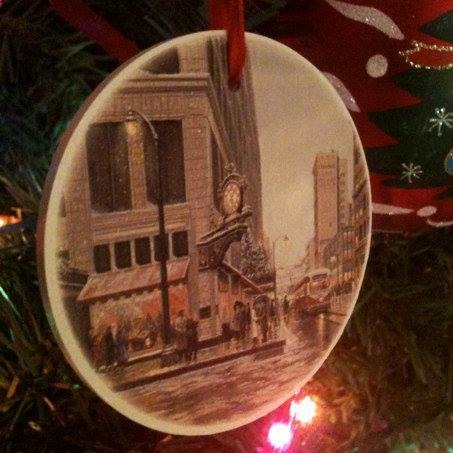 It’s been the official start of the holiday season in Pittsburgh for 55 years. 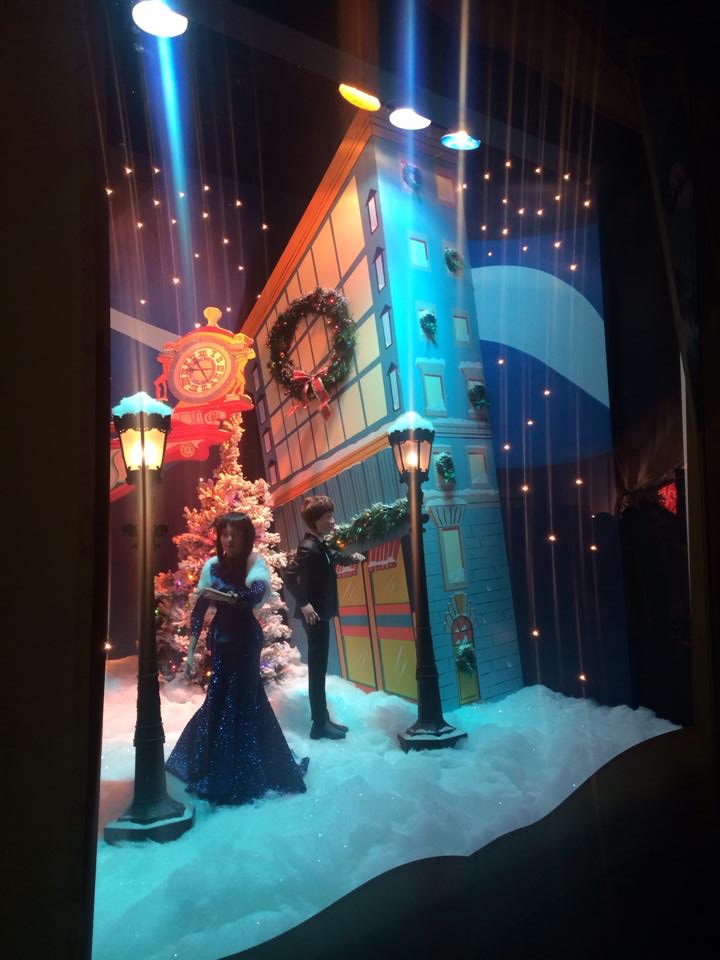 The Horne’s tree still will be lit. And the windows at Kaufmann’s will be unveiled as they’ve been for more than 70 years. 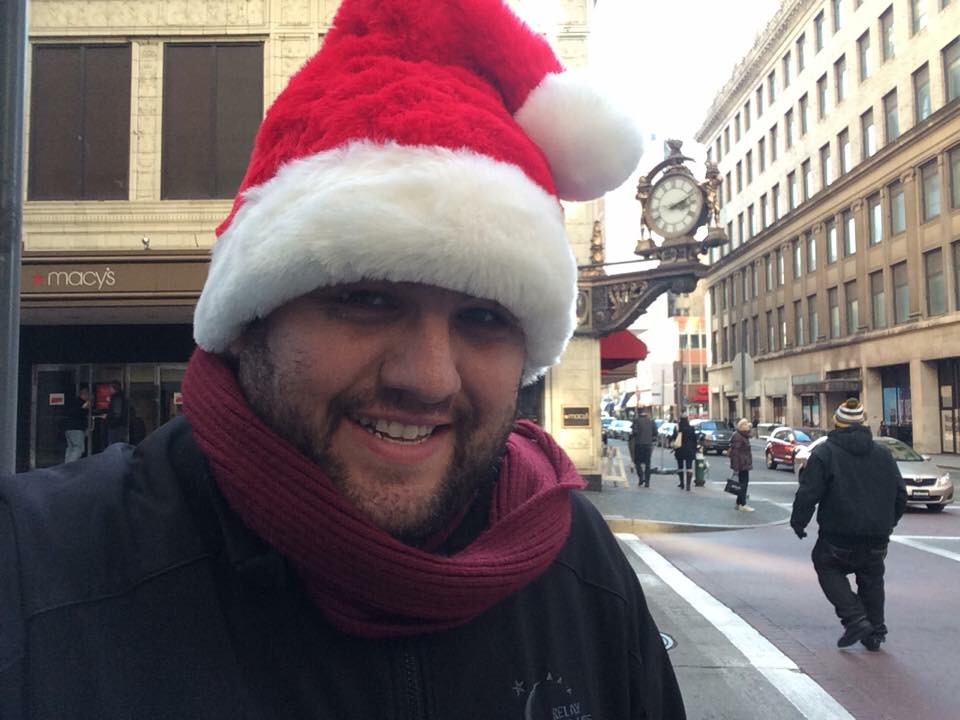 But 2015 marks the first Light Up Night without a major department store Downtown. Macy’s closed the nearly 130-year-old Kaufmann’s store in September. 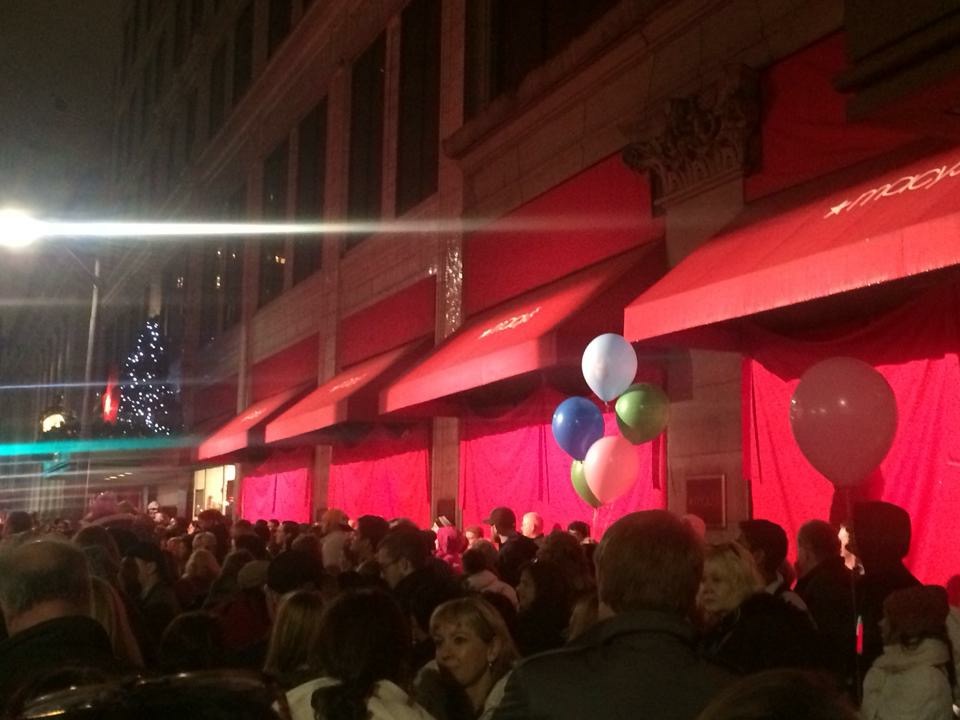 Sure there is Burlington and Brooks Brothers, some small shops and a bunch of drug stores.

But gone are the anchor stores that helped bring people to all of the shops Downtown.

In many ways, Light Up Night is more important now for Downtown retail than ever before — events like this get people into town and maybe get them to return throughout the season.

Everybody seems to have their own belief for why department stores no longer exist Downtown.

No matter the reason, though, Light Up Night goes on, even if it seems strange to reveal holiday windows under the Kaufmann’s Clock and have no inside activities. (Kaufmann’s and Macy’s always had wonderful inside events on all of the floors.)

I’m excited for Light Up Night — for the American Cancer Society and PPG Place tree lighting, for the cute shops and dancing lights at Market Square, for Wintergarden at PPG Place, for the old Horne’s tree and to see the reincarnation of the Kaufmann’s windows.

Like I have for many years, I’ll enjoy all of the festivities to kick off my favorite time of year in the greatest city on earth.

For those of you keeping score … there are 300 sleeps until Christmas.

Do Not Sell My Personal Information
Advertisements
Loading Comments...